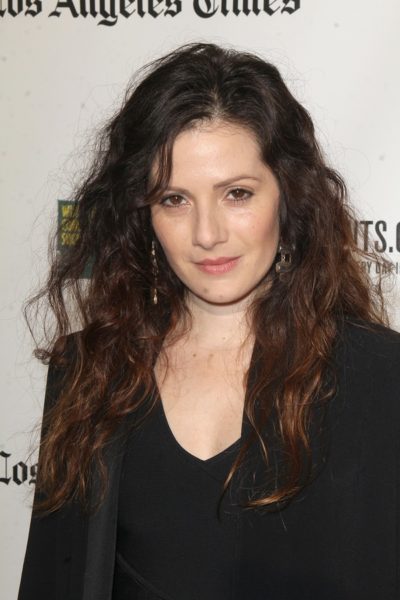 Palladino in 2015, photo by kathclick/www.bigstockphoto.com/

Aleksa Palladino is an American actress and singer.

Aleksa is the daughter of Sabrina Palladino, a filmmaker, soprano singer, photographer, graphic artist, and producer. Aleksa has stated that her grandparents are/were painters.

My grandmother always wants me to do a movie like Casablanca or something where I’m like a sweet, beautiful woman. I’m like, “Grandma, they don’t make movies like Casablanca anymore…” She’s Italian, and she’s like, “They don’t really know you. They don’t know you!” [Laughs] It’s not like other people are doing Casablanca movies. It just doesn’t exist anymore.

Aleksa’s maternal grandfather was named Tony Palladino (born Anthony Americo Palladino, the son of Tobias Palladino and Rose). Tony was a graphic designer and illustrator. He was born in New York, to Italian parents, from Campania.

Aleksa’s maternal grandmother is named Angela Fodale Palladino. Angela was born in Trapani, Sicily, Italy, and is a prominent painter. Her father was a car designer in Detroit.