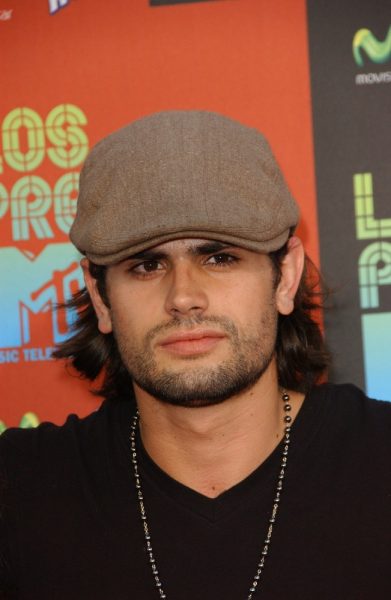 AJ’s paternal grandmother was actress Arlene Dahl (born Arlene Carol Dahl; the daughter of Rudolph Sylvester Dahl and Idelle Ingeborg Swan). Arlene was born in Minnesota, of Norwegian descent. Rudolph was the son of Jacob/Jakob Andreas Hanson Dahl/Øksendahl, who was born in Oksendal, Bakkesogn, Vest Agder, Norway, and of Ingeborg Emma/Emily Orwoll, whose parents was Norwegian, from from Sogndal, Sogn og Fjordane. Idelle was the daughter of Norwegian parents, Johan Jensen Svangrønning, who was born in Buvika, Sør-Trøndelag, and Anne Brubakk.

AJ’s maternal grandfather likely was Roger Stewart Smith (the son of Frank Winn Smith and Beatrice Belle Henshaw). Frank was the son of Henry Lewis Smith and Jane Louise Bond. Beatrice was the daughter of Samuel Heathwood Henshaw, whose father was English and whose mother was born in India, to English parents; and of Bertha Winifred Caldwell, who was born in Wilmot, Nova Scotia, Canada.

Sources: Genealogies of AJ Lamas (focusing on his father’s side) – http://www.geni.com
http://wc.rootsweb.ancestry.com