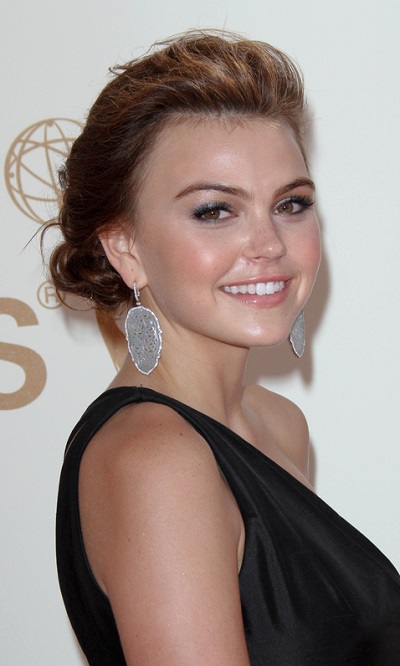 Teegarden in 2011, photo by Prphotos.com

Aimee Teegarden is an American actress, model, and producer.

Aimee’s paternal grandfather was William Henry Teegarden (the son of Arthur David/J. Teegarden and Edith Mary Soman/Lollar). William was born in Missouri. Arthur was the son of Allen Isaac Teegarden and Ellen Louise McCubbin. Edith was the daughter of Levi Lee Lollar and Sadie Kindred.

Aimee’s paternal grandmother was Jean Charlotte Lee (the daughter of Eugene Charles Lee and Ida Josephine Montgomery). Jean was born in California. Eugene was the son of Hiram M. Lee and Margaret I. Tompkins. Ida was the daughter of James Thomas Montgomery and Cornelia Christianna Pedersen/Peterson, who was Norwegian.

Aimee’s maternal grandfather was Richard Lincoln Brining (the son of William J. Brining and Harriet Pauline Beatty). Richard was born in Missouri. William was the son of John M. Brining and Mary M. Griese. Harriet was the daughter of George N. Beaty/Beatty and Harriet/Harriett/Hattie Catt, whose mother was Irish.

Genealogy of Aimee Teegarden (focusing on her father’s side) – http://worldconnect.rootsweb.ancestry.com