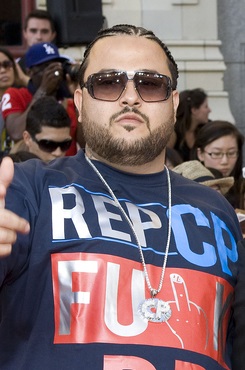 Belly is a Canadian rapper. He was born in Jenin, Palestine, and was raised in Ottawa, Canada. He became known at the start of his career through his association with The Weeknd. He and The Weeknd once refused to perform on Jimmy Kimmel Live! because Donald Trump was scheduled to appear on the same show.

Belly is a Muslim.