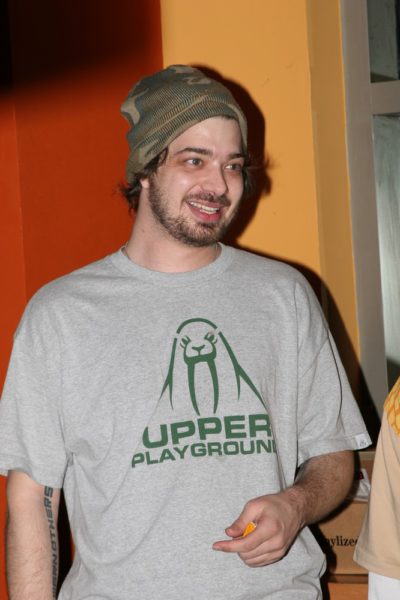 Aesop is the son of Anita and Paul Bavitz. He was raised in Northport, New York.

Aesop’s paternal grandfather was Theodore F. Bavitz (the son of John Bavitz/Bawiec and Anna M. Klish). John was the son of parents from Austria, Joseph Bavitz/Bawiec and Tannie/Fannie Visolofski, who likely had Polish roots. Anna was the daughter of Polish parents, George Klish and Tillie/Teckles Carhan.

Aesop’s maternal grandfather was Theodore M. Nowalis (the son of Michael Nowalis and Theresa Kunigalis/Kunigelis). Theodore was born in Pennsylvania, to Lithuanian parents.