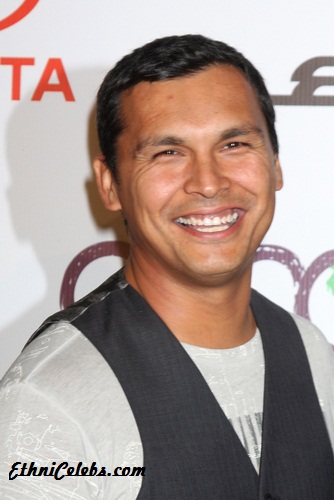 Adam Beach is a Canadian First Nations actor of Ojibwe (Saulteaux) heritage. He is known for his work, as diverse projects as Joe Dirt, Bury My Heart at Wounded Knee, and Suicide Squad.

He is the son of Sally and Dennis Beach. He is married to Summer Tiger. He has two children with his former wife Meredith Porter, and a daughter with Summer.

Adam’s paternal grandmother was Anne Jean Loyer (the daughter of Isidore/Isadore Loyer and Margaret Laurent). Isidore was the son of Jean/John Loyer and Josephte Chartrand.

Adam’s paternal grandfather was said to be the son of a white father, with English and Icelandic ancestry, and of an Ojibwe First Nations mother. It is not clear if this is accurate.