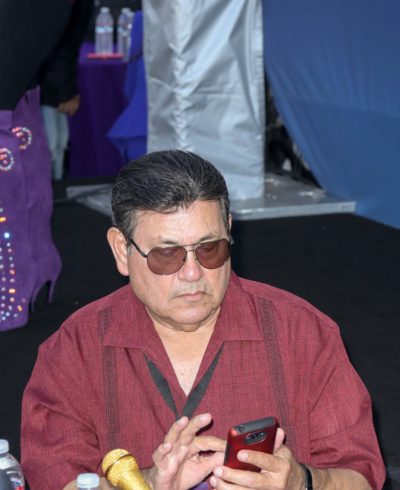 Abraham is the son of Abraham Gonzalez Quintanilla and Maria Tereza Calderon. He is the father of musicians A.B. Quintanilla, Suzette Quintanilla, and Selena. He is married to Marcella Ofelia Samora.

Abraham’s paternal grandmother was Dolores Gonzalez (the daughter of Domingo Hernández Garca, later González Garza, and of Jacinta Garza). Dolores was the daughter of a Mexican emigrant, of Cadereyta Jiménez, Nuevo León, and of a mother whose own parents were Mexican. Domingo was the son of Platón Hernández de León and María Gregoria de la Garza Quintanilla. Jacinta was the daughter of Reyes Garza and Mariana Cortéz.