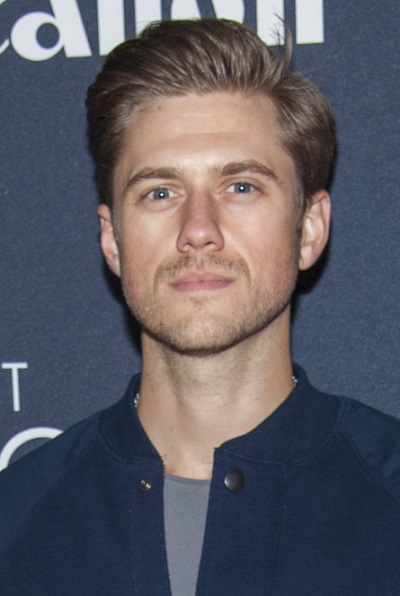 Aaron Tveit is an American actor and singer.

His father is of Norwegian, Swedish, Danish, English, Irish, and German descent. His mother is of one half German, one quarter Polish, and one quarter Irish, ancestry.

Aaron’s maternal grandfather is John Edward Bach (the son of Frederick William Bach and Rebecca A. Brede). John was born in New York. Frederick was the son of John Frederick Bach, who was German, and of Rosa C. Sorst, who was born in New York, to German parents, her father from Spangenberg and her mother from Ostendorf. Rebecca was also the daughter of German parents, William Henry Brede and Elizabeth Brehmer.