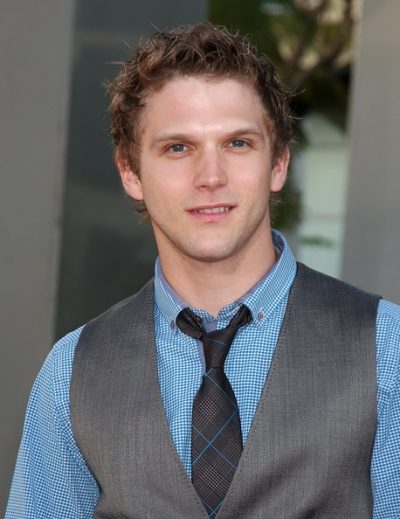 Aaron Perilo is an American actor and singer.

Aaron’s paternal grandmother was named Ida. Ida was from Lubice.

Aaron’s maternal grandfather was Jack Edward Hatfield (the son of Grover Cleveland Hatfield and Bessie Elizabeth Winkle). Grover was the son of Benjamin Hatfield and Maria Larimore. Bessie was the daughter of George W. Winkle, who was of German descent, and of Catharine Bush, who was German, from Bavaria.

Aaron’s maternal grandmother was Florence Marie Jenkins (the daughter of Arthur William Jenkins and Selma Maria Ternstrom). Arthur was the son of Albert Bean Jenkins and Florence J. McPhail, whose father was Scottish. Selma was the daughter of Swedish parents, Sven Magnus Ternström and Christina Bengtson.