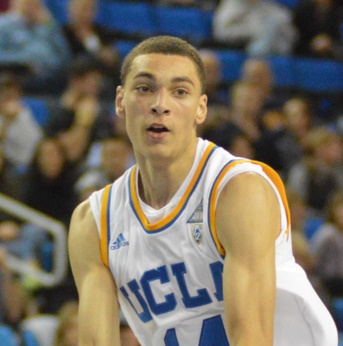 LaVine in 2013, photo by Prphotos.com

Zach LaVine is an American professional basketball player. He plays for the Chicago Bulls of the National Basketball Association (NBA).

He is the son of Cheryl Johnson-LaVine and former NFL player Paul LaVine. Zach is biracial. His father is black and his mother is white.

Picture of Zach with his parents and younger sister can be seen here.