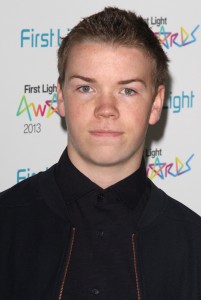 Poulter in 2013, photo by prphotos

Will Poulter is an English actor and producer. He is known for his roles in We’re the Millers, The Revenant, and Midsommar, among many others.

Will is the son of Caroline, a nurse, and Neil Poulter, a physician and Professor of Preventive Cardiovascular Medicine at Imperial College London. His father is English. His mother, who is from Kenya, has English, and likely Scottish, ancestry.

Will’s paternal grandfather is Eldred Poulter (the son of James Poulter and Hannah Stead). Eldred was born in Pontefract, Yorkshire, England. James was the son of Henry Poulter and Sarah Bell. Hannah was the daughter of John Stead and Eleanor Milner.

Will’s maternal grandfather was Jack Barrah, a well-known game warden in Kenya (the son of Enoch Jack Barrah and Mary Elizabeth Hindle). Jack was born in Nairobi, Kenya. Enoch was born in Numurkah, Victoria, Australia, the son of Frederick William Barrah, whose parents were from Pembrokeshire, Wales, and of Sarah Anne Mottashaw.

A 2007 article seemed to state that Will’s mother is Jewish. However, this was an error.