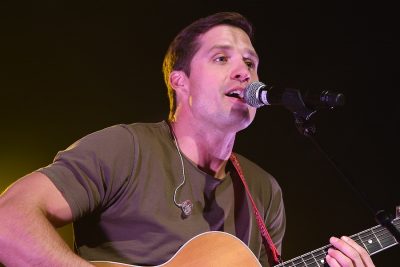 Hayes in 2016, photo by Debby Wong/Bigstock.com

Walker Hayes is an American country music singer and songwriter. His father, Charles Hayes, was minister of music at several churches. Walker is married to Laney Beville Hayes, with whom he has had seven children.