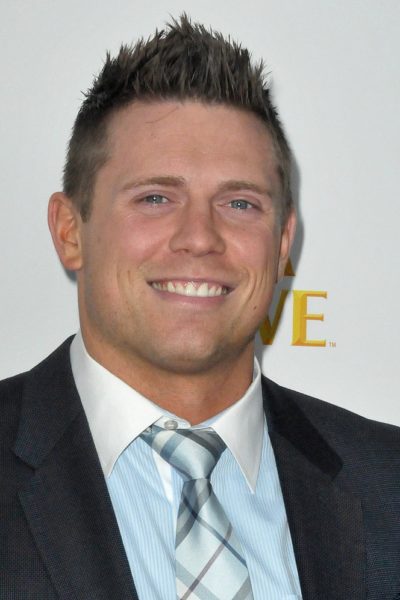 The Miz is an American professional wrestler, actor, and television personality. He has also been billed as Mike Mizanin. He has starred in several The Marine sequels.

The Miz is the son of Barbara and George Mizanin. He is married to Canadian WWE wrestler Maryse Ouellet, with whom he has two children.

The Miz’s paternal grandfather was George W. Mizanin (the son of Michael “Mike” Mizanin and Mary Uhren). George was born in Ohio. Michael was born in Austria-Hungary, now Czechoslovakia, the son of Michael Mizanin and Mary Fiaris. The Miz’s great-grandmother Mary was also born in Austria-Hungary, now Czechoslovakia, the daughter of Michael Uhren/Uhrin and Anna Borouski. The Miz’s great-grandparents Michael and Mary likely were of Slovak origin.

The Miz’s paternal grandmother was Eugenia Sylvia “Ginnie” Eridon (the daughter of John Eridon and Fira/Rafila Radu/Radon). Eugenia was born in Ohio. John was born in either Hungary or Romania, the son of Daniel/Dionisia/Dionicia Eridon and Mary/Maria Krechon/Kracsun. Fira was born in Sebeș, Alba, Romania. John and Fira’s surnames likely are of Romanian origin.

The Miz’s maternal grandfather was named Gregory N. Pappas (the son of Nicholas Pappas and Dimitra). Gregory was born in Patra, Greece.

The Miz’s maternal grandmother is Dixie Datus (the daughter of Virgil E. Datus and Helen Copsey). Dixie was born in Nebraska. Virgil was the son of John Datus, whose parents were German, and of Mae G. Baker. Helen was the daughter of Milton Fred Copsey and Anna Saloma Amos.

Sources: Genealogy of The Miz (focusing on his father’s side) – https://www.geni.com