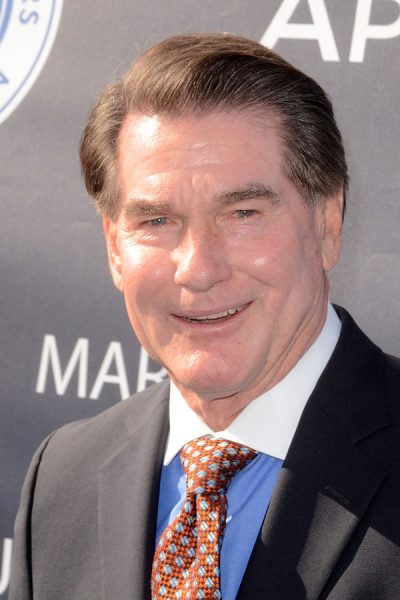 Garvey in 2017, photo by kathclick/Biigstock.com

Steve Garvey is an American professional baseball player. He was a first baseman, who spent his career in Major League Baseball (MLB) with the Los Angeles Dodgers and the San Diego Padres.

Steve is the son of Mildred and Joseph Garvey. He is married to Candace. He has six children, including two with his former wife, television personality Cyndy Garvey, and three with Candace.

Steve’s paternal grandmother was Mary Nalevaika (the daughter of John Nalevaika and Winifred Bozenski). Mary’s parents were Polish, and emigrated to New York.

Steve’s maternal grandmother was Phillipina Heinz (the daughter of Walter Henry Heinz and Emelie Wendel). Walter was born in Pennsylvania, the son of William F. Heinz and Elizabeth Hafner, who were German immigrants. Emelie was born in New York, the daughter of Michael Wendel and Philippine Konrath, who were also of German origin.