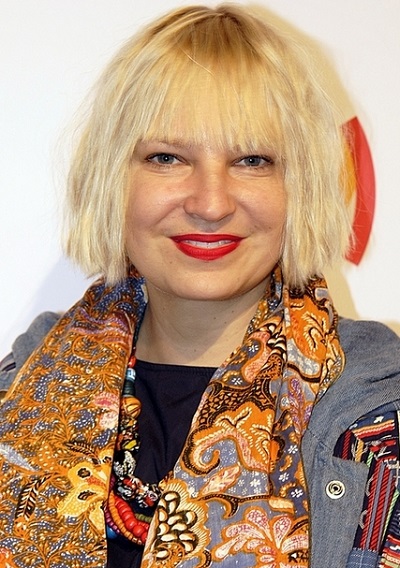 Sia is an Australian singer, songwriter, record producer, and music video director. She is the daughter of Loene Furler, an art lecturer, and Phil Colson, a musician. Her uncle is actor and singer Kevin Colson.

Sia’s maternal grandfather was Australian rules footballer Bob Furler (Bobbie Mortimer Furler, the son of Albert Furler and Ethel Irene Dorothy Mortimer). Bobbie was born in North Adelaide, South Australia, Australia. Albert was the son of Walter Charles Furler, whose parents were of English origin, with roots in London and Cambridgeshire; and of Lydia Jane Williams, whose father was from Kent, England, and whose mother was from Cornwall, England, respectively. Ethel was the daughter of Samuel Mortimer and Elizabeth Mary Henley. Sia’s great-great-uncle was North Adelaide champion, Percy Furler.

Sia’s maternal grandmother was Kathleen Grace Burns (the daughter of Robert Henry Burns and Margaret Dora Amelia Daisy Moar). Kathleen was born in Moonta, South Australia, Australia. Robert was the son of English parents, Robert William Burns, from Exeter, Devonshire, and Letitia Russell Graham, who was from Hoxton, Middlesex, and whose own parents were Irish. Margaret was the daughter of William Arthur Moar, whose father was Scottish, from Shetland, and of Isabella Gardiner, whose parents were also Scottish, from Perth.