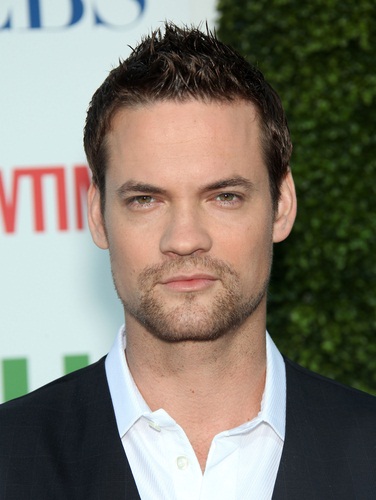 West in 2010, photo by DFree / Shutterstock.com

Shane West is an American actor, punk rock musician, and songwriter. His roles include the films Whatever It Takes, A Walk to Remember, The League of Extraordinary Gentlemen, and What We Do Is Secret, and television’s Once and Again, ER, Nikita, and Salem. He has performed with the bands the Germs, Jonny Was, and the Twilight Creeps.

Shane’s father, Don Snaith, was born in Jamaica, of English, about one quarter Sephardi Jewish [Spanish Jewish and Portuguese Jewish], African, and distant Scottish, ancestry. Shane’s Sephardi Jewish ancestry can be traced to Eliau López, who was born, c. 1648, in Málaga, Spain, and to Eliau’s wife, Rachel de David Nunes da Fonseca, who was born, c. 1656, in Seville, Andalusia, Spain.

Shane’s mother, Leah, is from a Cajun [French] family, and also has distant Spanish, English, and Irish ancestry.

Shane’s patrilineal line can be traced to John Snaith, who was born, c. 1730, in Wolsingham, County Durham, England, and to John’s wife, Jane Griffin.

Shane’s maternal grandfather was John Glynn/Glenn Launey (the son of Aloysius Launey and Bertha/Berthe DuBois). John was born in Louisiana. Aloysius was the son of Aristide Hector Launey and Marie Elia Brignac. Bertha was the daughter of Bernard Dorcini Dubois and Marie Ermina/Hermina Lanoux.

Shane’s maternal grandmother is Leah Jacqueline “Jackie” Ardoin (the daughter of Charles Burkman/Berchman Ardoin and Bessie Marie Guillory). Charles was the son of Didier Ardoin and Isabella/Isabelle Quirk. Bessie was the daughter of Jules Dolze/Dolsey Guillory and Leah Fruge.

Genealogy of Shane West (focusing on his mother’s side) – http://hpeterjr.us

Genealogy of Shane’s mother (focusing on her mother’s side) – http://worldconnect.rootsweb.ancestry.com