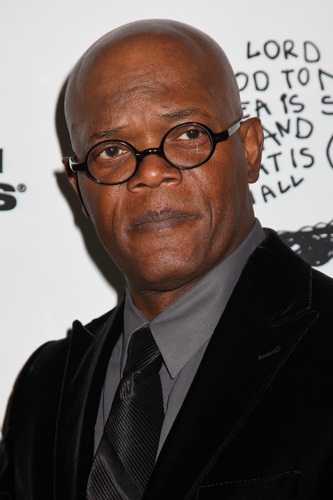 Samuel L. Jackson is an American actor and producer. One of the most prolific major actors of all time, his roles include Pulp Fiction, Jackie Brown, Die Hard with a Vengeance, Eve’s Bayou, Unbreakable, the Shaft films, Oldboy, The Hateful Eight, and Snakes on a Plane.

He is the son of Elizabeth (Montgomery) and Roy Henry Jackson, both African-American. Samuel is married to actress and producer LaTanya Richardson, with whom he has a daughter, producer Zoe Jackson.

Samuel’s paternal grandfather was Roy Victor Jackson (the son of Albert Jackson and Rosetta Davis). Roy was born in Missouri.

Samuel’s maternal grandfather was Edgar Montgomery (the son of Miles Montgomery and Lilly/Lillie Branham). Edgar was born in Georgia. Miles was the son of Gibb/Gilbert Montgomery and Henrietta Freeman. Lilly was the daughter of Arthur Branham and Malissa Fielder.

Samuel’s maternal grandmother was named Pearl Brown (the daughter of John Brown and Mary). Pearl was born in Tennessee.

A DNA test taken by the show Finding Your Roots with Henry Louis Gates, Jr. (2012) stated that Samuel’s genetic ancestry is:

Genealogy of Samuel L. Jackson (focusing on his mother’s side) – http://worldconnect.rootsweb.ancestry.com