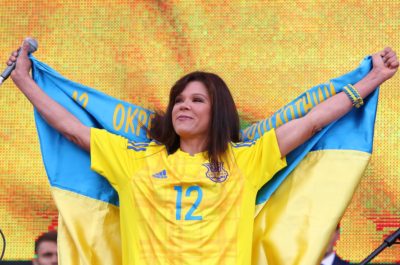 Ruslana in 2016, photo by katatonia82/Bigstock.com

Ruslana is a Ukrainian artist and politician. She won the Eurovision Song Contest, holds the title of People’s Artist of Ukraine, and was an MP serving as deputy in the Ukrainian parliament (Verkhovna Rada) for the Our Ukraine Party.

A MyHeritage DNA test taken by Ruslana stated that her genetic ancestry is: