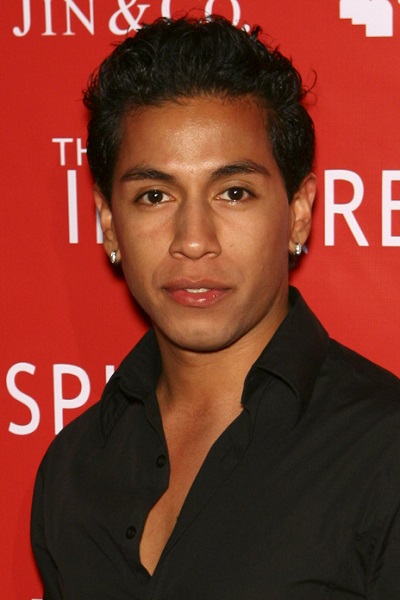 Youngblood in 2007, photo by Prphotos.com

Rudy Youngblood is an American actor, musician, dancer, and artist.

He played Jaguar Paw, the lead role, in the epic film Apocalypto (2006), about Maya culture in the early 1500s. He learned the Yucatec Maya language in order to star in the film, in which all dialogue was in Mayan.

He has said that his name Youngblood comes from an uncle, and that he has used it since he was six. Rudy has also used the name Rudy Gonzalez, which is evidently the name of a stepfather.

His father is Yaqui and his mother is Comanche. He is Cree by adoption. The Yaqui are an Uto-Aztecan-speaking indigenous people of Mexico, who have communities in the valley of the Río Yaqui, Sonora, Mexico, along with elsewhere in the country, and the Southwestern United States, especially California, Arizona, and Nevada.