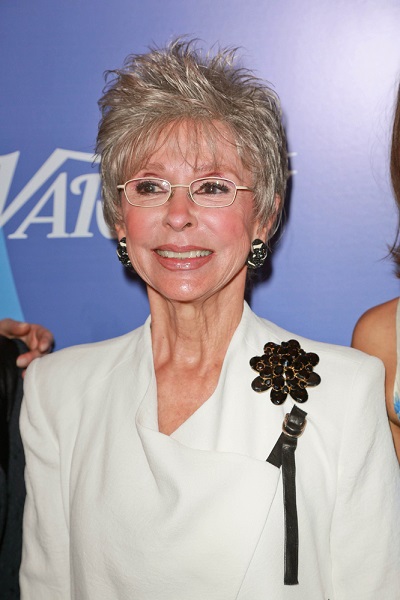 Rita Moreno is an American actress, dancer, and singer. She won the Academy Award for Best Supporting Actress for West Side Story (1961). Her roles also include Singin’ in the Rain, The King and I, Carnal Knowledge, The Four Seasons, the 2021 West Side Story, and the show Oz.

She was born in Humacao, Puerto Rico, the daughter of Rosa María Marcano and Francisco José “Paco” Alverío. Rita and her mother moved to New York City in the 1930s, living in Valley Stream, Long Island. Moreno was the surname of her first stepfather, Edward. Rita was married to cardiologist Leonard Gordon, until his death, with whom she has a daughter.