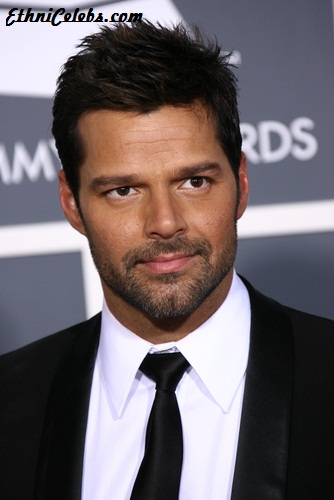 Martin in 2011, photo by s_bukley / Shutterstock.com

Ricky Martin is a Puerto Rican singer, songwriter, and actor. He was a member of all-boy pop group Menudo. One of the best-selling Latin music artists of all time, his acting roles include the film Jingle Jangle: A Christmas Journey and the series The Assassination of Gianni Versace: American Crime Story. He has been called “Latin Pop God,” “King of Latin Pop,” and “Latin Music King.”

He was born in San Juan, Puerto Rico, the son of Nereida Morales and Enrique Martín Negroni, a psychologist. He has Basque, Spanish, Catalan, Corsican, and possibly other, ancestry. Ricky also has Spanish citizenship. He has roots in Puerto Rico going back to the 1600s.

Ricky is married to Syrian-born Swedish painter and artist Jwan Yosef. He has four children.

Ricky’s patrilineal ancestry can be traced back to his third great-grandfather, Ramón Martín y Hernández, of San Juan.

Ricky’s Negroni line traces back to his great-great-great-great-grandfather, Antonio Francisco Negroni Mattei, from San Colombano, Corsica, who was a sugar and coffee plantation owner, and was of aristocratic background. Through that line, Ricky is related to Air Force officer and historian Héctor Andrés Negroni.

Sources: Genealogies of Ricky Martin (focusing on his father’s side) – http://familytreemaker.genealogy.com
https://www.geni.com