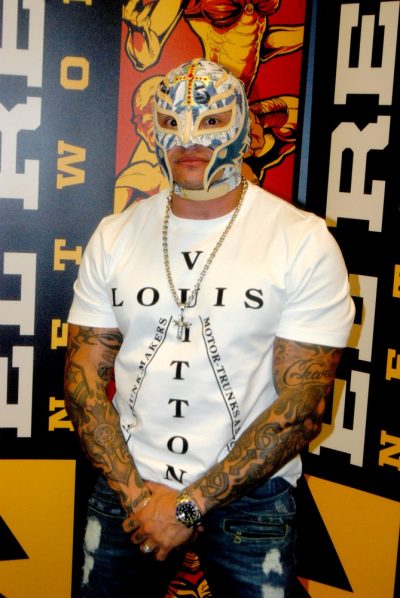 Rey Mysterio is an American professional wrestler. He is signed to WWE, where he is part of the Raw brand. He has also been billed as Colibri, El Nino, Rey Misterio II, Rey Misterio, Jr., Rey Mysterio, Jr., and Super Nino. He has spoken of his Mexican heritage many times on WWE programming. He has a tattoo on his stomach that says “Mexican.”

Rey is married to Angie, with whom he has two children, professional wrestler Dominik Mysterio, also with the WWE and their Raw brand, and Aalyah. Angie and Aalyah have also performed with WWE.