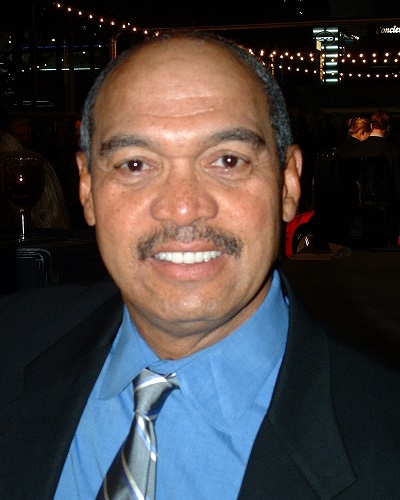 Jackson in 2003, photo by Prphotos.com

Reggie Jackson is an American professional baseball player. He played Major League Baseball for 21 seasons. He is in the Hall of Fame. He is nicknamed “Mr. October.”

Reggie is the son of Clara and Martinez Jackson, a professional baseball player, who was a second baseman in Negro League Baseball, and played in the 1930s for the Newark Eagles. One of Reggie’s paternal grandparents was Puerto Rican. Reggie has a daughter.

Reggie is said to be a distant cousin of professional baseball player Barry Bonds.

Reggie’s maternal grandparents may have been named Isaiah Williams and Laura Williams.