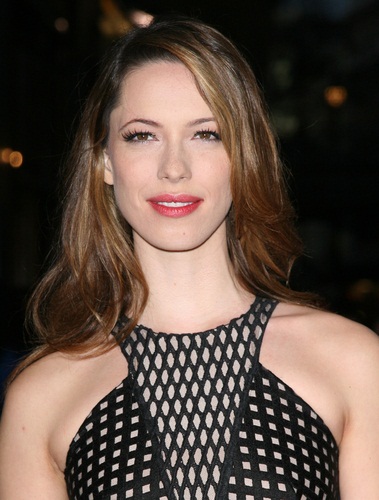 Hall in 2011, photo by Featureflash / Shutterstock.com

Rebecca Hall is a British-American actress. She is known for her roles in the films Vicky Cristina Barcelona, The Gift, and Godzilla Vs. Kong, among many others. Her father, Peter Hall, was English-born, and was a director who founded the Royal Shakespeare Company. Her mother, Maria Ewing, is American-born, and is an opera singer and actress. Rebecca is married to American actor Morgan Spector, with whom she has one child.

Rebecca’s maternal grandfather, Norman Isaac Ewing, was born in Washington, D.C., c. 1892-1894 (most likely in 1894). Both of Norman’s parents were of at least part African ancestry. Norman was the son of John William Ewing and Hattie Norman, who married on July 16, 1885 in Washington, D.C. On the 1910 U.S. Census, John is listed as born in Tennessee and Hattie, the daughter of Isaac Franklin Norman and Amanda Jane Myers, is listed as born in Ohio.

Rebecca’s maternal grandmother was Hermina Maria Veraar (the daughter of Robertus Veraar and Hermina M. Vernellen). Rebecca’s grandmother Hermina was Dutch, and was born in Amsterdam. She was white.

Genealogy of Rebecca’s father (focusing on his father’s side) – http://worldconnect.rootsweb.ancestry.com