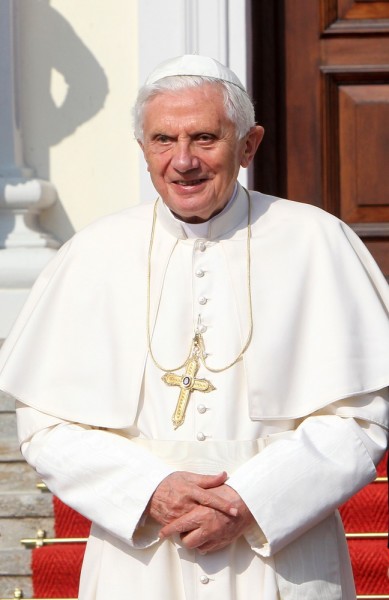 Pope Benedict XVI was the 265th Pope of the Catholic Church, a title he held ex officio as Bishop of Rome, and Sovereign of the Vatican City. He was elected pope, on 19 April, 2005, and resigned from the office, on 28 February, 2013.

Pope Benedict is the son of Maria (Peintner) and Joseph Ratzinger. His father was born in Rickering, Winzer, Niederbayern, Bayern, Germany. His mother was born in Oberaudorf, Upper Bavaria, Bavaria, Germany. His brother, Georg Ratzinger, was a Catholic priest, and was the director of the Regensburger Domspatzen choir. His sister, Maria Ratzinger, managed Cardinal Ratzinger’s household until her death. His uncle was priest and politician Georg Ratzinger.