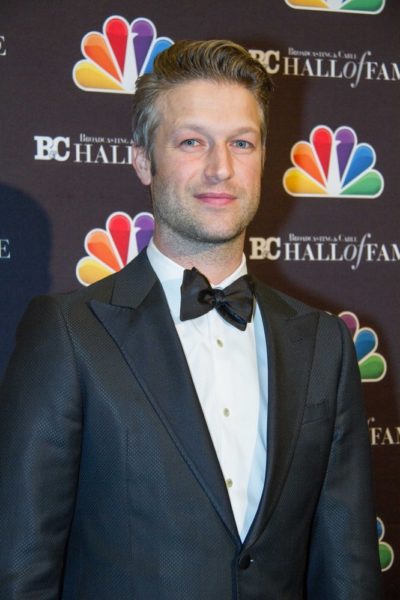 He is the son of Pieretta/Pierrette and David Scanavino, a urologist. His father was born in Illinois. His mother was born in France. He is married to Lisha Bai, with whom he has two children.

Peter’s paternal grandfather is John Otto Scanavino (the son of Pvt. Angelo Alphonso/Alfonso Scanavino and Rosa Anna Vallero/Valero). John was born in Illinois, to Italian parents. Angelo was born in Torino, Piedmont, the son of Ottavio Scanavino and Caterina Quarello. The surname Scanavino is mostly common in Piedmont.

Peter’s paternal grandmother was Dorothy Marie Jensen (the daughter of Frederick Waldemar Jensen and Ruby Esther Storm). Dorothy was born in Shelby County, Illinois. Frederick was the son of Danish immigrants, Christian Jensen and Caroline Nelson. Ruby was the daughter of John Harvey Storm and Hannah Hiatt, and had deep roots in the U.S., with English, and some Scottish, Scots-Irish/Northern Irish, German, and Welsh, ancestry.