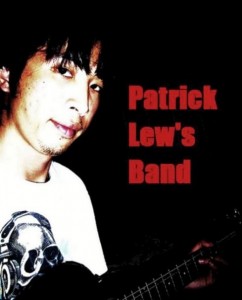 Patrick Lew is a solo Grunge musician who promotes his music via Internet on websites and had his name featured on articles in a few music publications.

About his music and celebrity work…

Patrick Lew’s Band (sometimes known as The Lew Crue) is the solo project of Taiwanese American musician, songwriter, artist and writer Patrick Lew. He has also played guitar and pursued music in other projects with other musicians such as Band of Asians, Silent Minister and other lesser known local San Francisco rock/metal bands. His music is known production and recording wise, chaotic and unconventionally recorded and mixed like a jigsaw puzzle. But stylistically by sound and lyrically, is Alternative Rock and Pop Punk music with socially conscious and idiosyncratic themes. In addition to music, Lew is also an amateur Philosophy and creative writer and contributed small acting roles in plays locally for his schools.

Facebook profile, likely in the boxes, lists his heritage. Confirming he as small amount of Japanese ancestry in him.