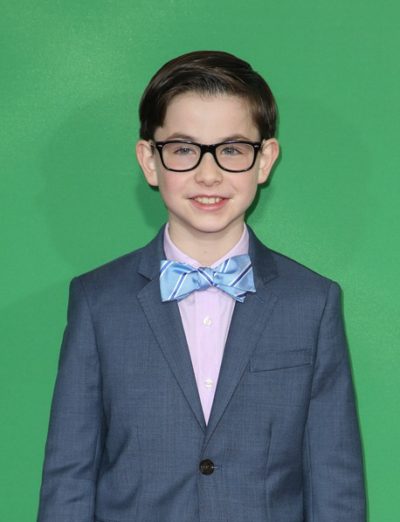 Owen Vaccaro is an American actor. He starred as the lead, Lewis Barnavelt, in the film The House with a Clock in Its Walls (2018).

Owen’s paternal grandfather is Ralph A. Vaccaro, Jr. (the son of Ralph Anthony Vaccaro, Sr. and Helen Elaine/M. Biondi). Helen was the daughter of Peter Anthony Biondi and Madalena/Madeline Massaro.

Owen’s maternal grandmother is Cassie E. Adler (the daughter of John William Adler and Cassandra Elizabeth “Cassie” Wilder). John was born in Tennessee, the son of James Christopher Adler, whose father was German, from Württemberg, and of Mary Elizabeth Reedy, whose mother was Irish. Owen’s great-grandmother Cassandra was born in Alabama, the daughter of Abijah Chapman Wilder and Cora B. Lula Bartlett.

Sources: Genealogy of Owen’s maternal grandfather, Wayne Spencer Ator (focusing on his own father’s side) – https://www.genealogy.com