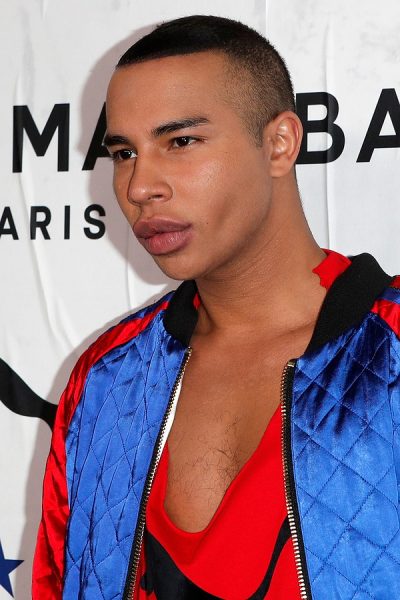 Rousteing in 2019, photo by kathclick/Bigstock.com

Olivier’s biological mother is Somali, from Djibouti, and his biological father is Ethiopian. At the time of his birth, his mother was 15 and his father was 25. He was adopted at the age of one, by a white French couple, Bruno-Jean Rousteing, a seaport manager, and Lydia Courbin, an optician.

Before learning about his biological parents, Rousteing believed he was mixed race. He stated:

It’s still a mystery, my adoptive mother told me that my biological mother was very dark, the ladies in the orphanage said that the father was white, I grew up with that image. said that my mother was Somali and my father Ethiopian, it was a novelty for me, something of which I am extremely proud today, but that was very disturbing.

His search for his biological mother was showed in the documentary Wonder Boy (2019).