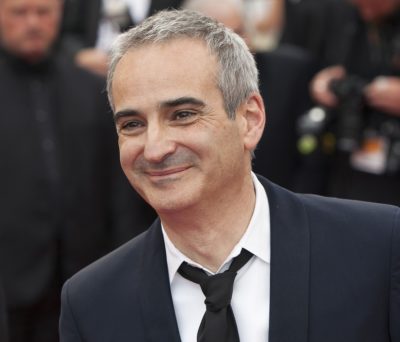 Olivier’s father, Raymond Assayas (alias Jacques Rémy), was a Turkish-born director and screenwriter, from Constantinople (now Istanbul), and was of Greek Jewish descent. Olivier’s mother, Katalin Pólya (later Catherine de Karolyi), was a Hungarian Protestant, from Budapest, and was of part Romanian Jewish descent. Olivier was raised Catholic. He did not know of his Jewish ancestry until he was a teenager.

He has a daughter with his former partner, director, screenwriter, and actress Mia Hansen-Løve.

Olivier’s maternal grandfather was Tibor Pólya (also known as Theodor Pólya, the son of Béla Pólya and Irma Vanek). Béla was the son of Bálint Pólya and Teréz Veres.

Olivier’s maternal grandmother was Szeréna Arányi (the daughter of Dezső Goldberger, later Arányi, and of Emília Lange, later Lányi). Dezső was a Romanian Jewish opera singer, from Satu Mare, Satu Mare, and was the son of Mór Goldberger (later Arányi) and Aranka Eckstein.

Sources: Interview with Olivier about his background – https://forward.com