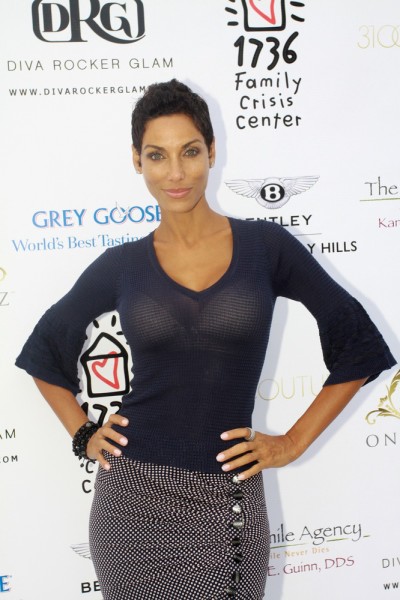 Mitchell Murphy in 2011, photo by prphotos

Nicole Mitchell Murphy, born Nicole Mitchell, is an American model, television personality, designer, actress, and businessperson. Her father, Eddie Tolan Mitchell, is black. Her mother, Ellen Regan, is white, from England, and likely has at least partial Irish ancestry. A picture of Nicole’s parents can be seen here.