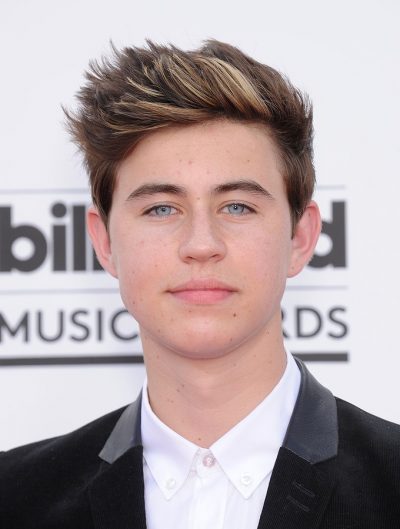 Grier in 2014, photo by DFree/Bigstock.com

Nash Grier is an American internet personality and actor.

Nash is the son of Elizabeth and Chad Grier. He is the brother of professional football player Will Grier and internet personality Hayes Grier. Nash has a son with his fiancée Taylor Giavasis. Taylor is black and/or mixed-race.