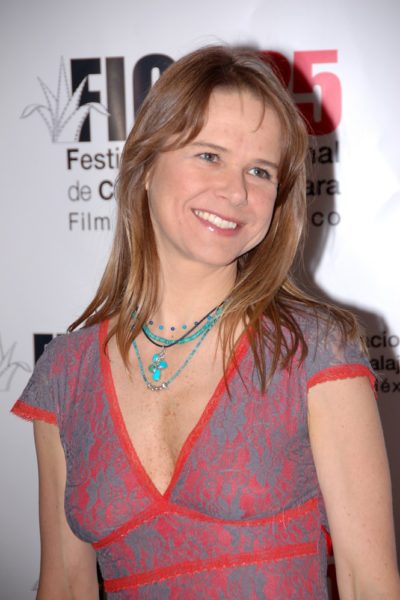 Nailea Norvind is a Mexican theatre, television, and film actress.

She was born in Mexico City, Mexico. Nailea’s mother, writer, documentary producer, director, and actress Eva Norvind (born Eva Johanne Chegodayeva Sakonsky), was originally from Trondheim, Sør-Trøndelag, Norway, and was raised in Norway and France. She later moved to Canada and New York City, U.S., at the age of eighteen. Her uncle is composer and pop musician Georg Kajanus.

Nailea was married to Fernando González Parra, and has tow children, Tessa, an actress, and Naian Gonzalez Norvind, an actress and violinist.

Nailea’s father, whom she never met, is said to be Dutch.

Nailea’s maternal grandmother was Johanna Kajanus (the daughter of Johannes Kajanus and Eugenie de Ribert). Johanna was a sculptor. Nailea’s great-grandfather Johannes was the son of Robert Georg Kajanus, a conductor, composer, and teacher, who was born in Helsinki, Finland, and was Finland-Swedish, with some German ancestry; and of Johanna Müller, who was Norwegian, and had Norwegian, and distant German, ancestry. Nailea’s great-grandmother Eugenie was the daughter of Eugène de Ribert, who had French ancestry, and of Valborg Holmsen, who was Norwegian.

Genealogy of Nailea Norvind (focusing on her mother’s side) – https://www.geni.com