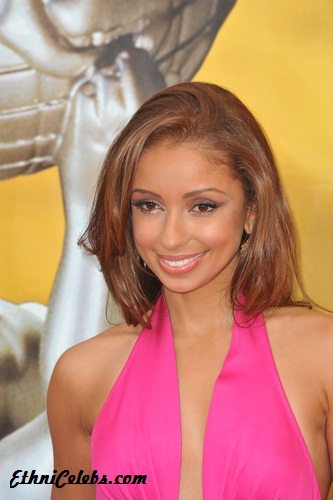 Mýa is an American recording artist, songwriter, dancer, producer, and actress. She made her debut with her self-titled album in 1998, and has appeared in the films Love for Sale, Penthouse, and Shall We Dance? She is known for her beautiful vocals and can dance various styles from Hip-Hop to Tap. She appeared on season nine of Dancing with the Stars. She is also known as My My, Mya-Re, Smoove Jones, and Mýa Lan$ky.

Mýa was born in Washington, D.C., to an African-American father, Sherman Alphonso Harrison, Jr., a musician, and a mother of Italian descent, Theresa Marie, who is an accountant. She has stated:

My mother’s mother is from Italy, right outside of Rome. My dad is African-American. His grandmother is American Indian.