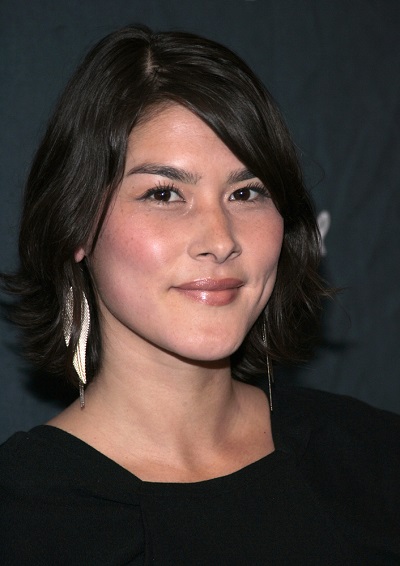 Mizuo Peck is an American actress. She is known for playing a simulacrum of Sacagawea, a Lemhi Shoshone (Native American) interpreter and guide for the Lewis and Clark Expedition, in the Night at the Museum films.

Mizuo’s father had English, some Irish and Scottish, and distant Northern Irish, ancestry. Mizuo’s mother is of Japanese ancestry.

Mizuo’s father is also said to have had Cherokee Native American ancestry. It is not clear if this Cherokee ancestry has been verified/documented.

Mizuo’s paternal grandfather was Laurence Tolles Peck (the son of George Leete/Leet Peck and Katharine/Katherine May Tolles). Laurence was born in West Haven, New Haven, Connecticut. George was the son of George Lyman Peck and Fanny/Fannie Craft Fosdick. Katherine was the daughter of James Tolles, Jr. and Ida Louisa/Louise Pardee.

Mizuo’s paternal grandmother was Barbara Hewins Field (the daughter of Freeman Rodick/Roderick Field and Agnes Frances Heughins/Hewins). Barbara was born in Philadelphia, Philadelphia Co., Pennsylvania. Freeman was the son of Frank Dhu Field and Lottie Emma Freeman, whose father was born in Ireland and whose mother was born in Halifax, Nova Scotia, Canada. Agnes was the daughter of Albert Henderson Heughins, who was born in Cape Breton, Nova Scotia, Canada, to a father with Scottish ancestry, and a mother from Antrim, Hillsborough, New Hampshire; and of Josephine Mary Roberts, who was born on Cuba, to English parents.

Sources: Genealogy of Mizuo Peck (focusing on her father’s side) – https://famouskin.com