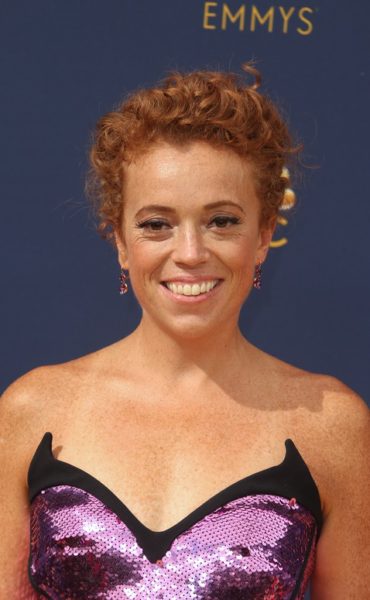 Michelle is sometimes [incorrectly] thought to be of black or Jewish origin.

Michelle’s paternal grandfather was Donald Joseph Wolf (the son of Charles F. Wolf and Emily C. Ashenbrener/Aschenbrenner). Donald was born Wisconsin. Michelle’s great-grandfather Charles was German. Emily was born in Wisconsin, to German parents, with her mother’s name being Katherine.

Michelle’s maternal grandfather was Fred James Maier (the son of Frederick/Fred William Maier and Irene J. Anschutz). Michelle’s grandfather Fred was born in Pennsylvania. Michelle’s great-grandfather Frederick was the son of Karl Charles Maier, who was from Granheim, Württemberg, Germany, and of Maria Margarette Hüttner, whose parents were German. Irene was the daughter of Julius Anschutz, who was from Neunkirchen, Saarland, Germany, and of Dorothea/Dorthy Elizabeth “Lizsia” Schutte, who was of mostly or entirely German descent.

Michelle’s maternal grandmother was Suzanne Gilchrist Drynan (the daughter of Frank Aubrey Drynan and Margaret May “Maggie” Kunkle). Suzanne was born in Pennsylvania. Frank was the son of Andrew C. Drynan and Mary Hittner. Margaret was the daughter of George Merriman Kunkle and Martha J. Kelly.

Sources: Article about Michelle being thought of as black – http://www.slate.com