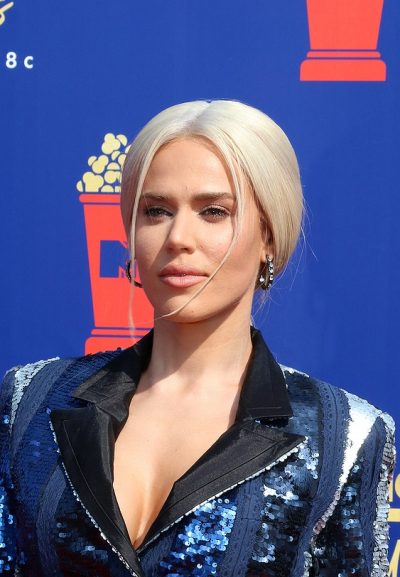 Perry in 2019, photo by kathclick/Bigstock.com

C.J. Perry is an American professional wrestler, wrestling manager, actress, dancer, model, and singer. She is also known under her ring name Lana, and as C.J.

Her father is a Christian missionary, and has Irish, Portuguese, and Swedish ancestry. Her mother is mostly of English, German, Irish, and Scottish descent. C.J. is sometimes said to have Venezuelan ancestry. It is not clear if this Venezuelan ancestry has been verified/documented. C.J. was raised mostly in Latvia, where her father missioned, and speaks fluent Russian. She moved to the U.S. in her late teenage years, living in New York.

C.J.’s maternal grandmother is Betty Sue Culberson (the daughter of David Arthur Culberson and Nettie Marie Harper). Betty was born in Louisiana. David was born in Texas, the son of Samuel Jefferson Culberson/Culbertson and Jenora Eudora O’Neal. Nettie was born in Arkansas, the daughter of John A. Harper and Mary Ella “Pink” Douglass.