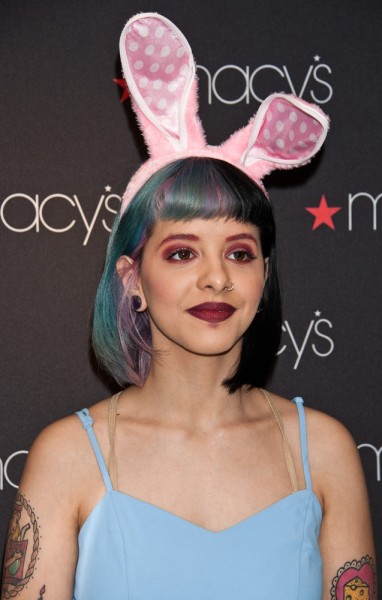 Martinez in 2015, photo by PrPhotos.com

Melanie Martinez is an American singer, songwriter, actress, director, photographer, and screenwriter. She appeared on the third season of the show The Voice.

Melanie is the daughter of Mery and Jose Martinez. She was raised on Baldwin, Long Island. Melanie has said, “I’m Puerto Rican and Dominican but I don’t speak fluent Spanish.” A picture of Melanie with her parents and brother can be seen here.

One of Melanie’s grandmothers was named Lydia Rivera.