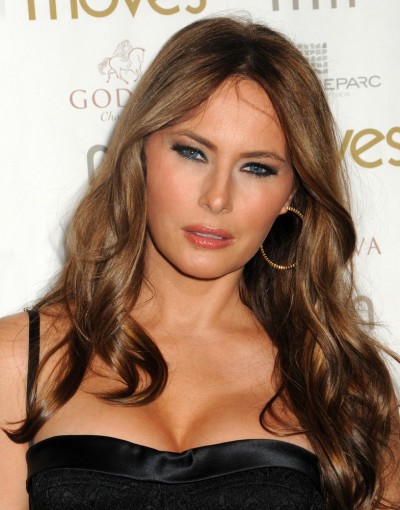 Melania was born in Novo Mesto, then part of the Socialist Federal Republic of Yugoslavia, and now in Slovenia. She is the daughter of Amalija (Ulčnik) and Viktor Knavs. She signed a modeling contract in Milan, Italy when she was eighteen, and moved to New York City in the 1990s. Melania and Donald met in 1998 and married in 2005, and have one child, a son. Melania became a naturalized U.S. citizen in 2006. She has also been credited as Melania Knauss.

Melania and Donald have a son together, Barron Trump.

Melania is said to have some degree of Austrian ancestry. It does not appear that this is accurate.

Melania’s paternal grandfather was Jožef Knavs (the son of Anton Knavs and Alojzija Berk). Jožef was born in Jelovo, Municipality of Radeče, Laško. Anton was the son of Martin Knavs and Terezija Plaznik. Alojzija was the daughter of Janez Berk and Helena Višnovar.

Melania Trump with husband Donald and son Barron in 2015, photo by Debby Wong/Bigstock.com