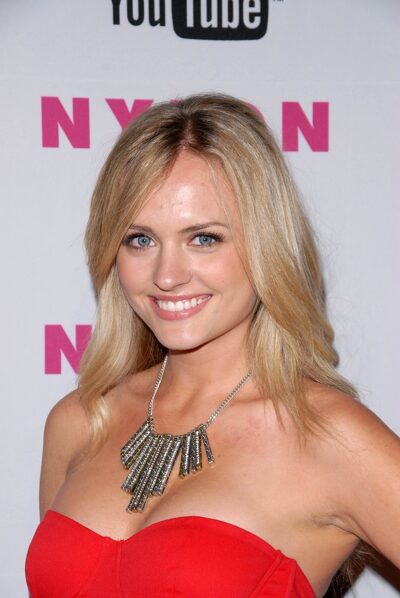 Madison Riley is an American actress and model.

Madison’s paternal grandmother was Marie Dean Bybee (the daughter of Jerald Eugene Bybee and Nellie Lisette Moser). Marie was born in Colorado Springs, Colorado. Jerald was the son of Charles Eugene Bybee, who had deep roots in the U.S., and of Edna Dean Brown, whose father was English, from Gorton, Lancashire. Nellie was the daughter of Swiss-German immigrants, Francis Emil Moser and Lisette Beutler.