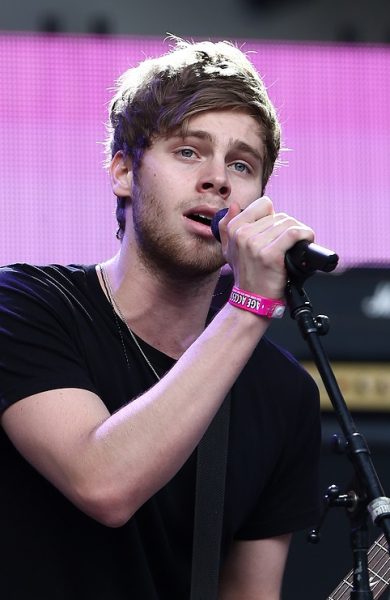 Hemmings in 2015, photo by Debby Wong/Bigstock.com

Luke Hemmings is an Australian singer, songwriter, and rhythm guitarist. He is the lead vocalist of the band 5 Seconds of Summer. The band is also known as 5SOS, and is particularly notable for its 2010s songs “She Looks So Perfect” and “Youngblood.” Its members also include Michael Clifford, Calum Hood, and Ashton Irwin.

He was raised in Riverstone, New South Wales.

Luke’s maternal grandfather was Thomas William Pascoe (the son of Douglas Pascoe and Eva Marjory Foster). Douglas was the son of Violet Maud Pascoe, who was of English, German, and Cornish descent. Eva was the daughter of John Ebenezer Foster and Violet/Letty Ann Watson, and was of English ancestry.