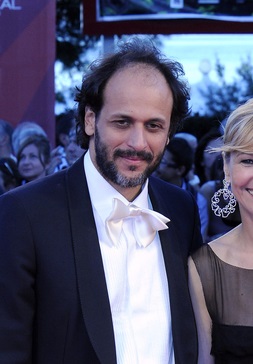 Luca Guadagnino is an Italian film director, producer, and screenwriter. He has directed the films I Am Love, which he also co-wrote, A Bigger Splash, Call Me by Your Name, and his Suspiria remake.

Luca was born in Palermo, Sicily, Italy, to a Sicilian/Italian father, Gino, from Canicattì, Province of Agrigento, and an Algerian mother, Alia Boutaher; his mother was said to have been raised in Casablanca, Morocco. He spent part of his childhood in Addis Ababa, Ethiopia, were his father worked as teacher.

I’m dark-skinned because my mother is Algerian; when I came back to Palermo, my classmates starting calling me “n—-r.” I will never forget that. I learned very quickly how to be an outsider, and how to stay on the outside of the frame yet always look at what’s happening in the center.