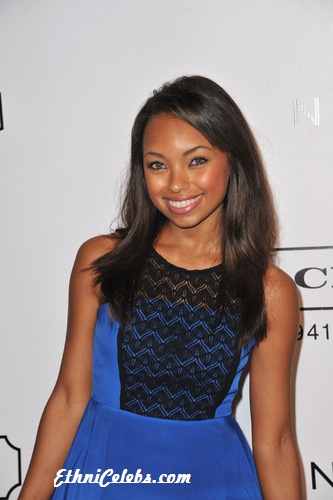 Logan Browning is an American actress. She is known for starring in Bratz: The Movie and on the television series Meet the Browns and Dear White People. On the latter series, she played Samantha White, a biracial character.