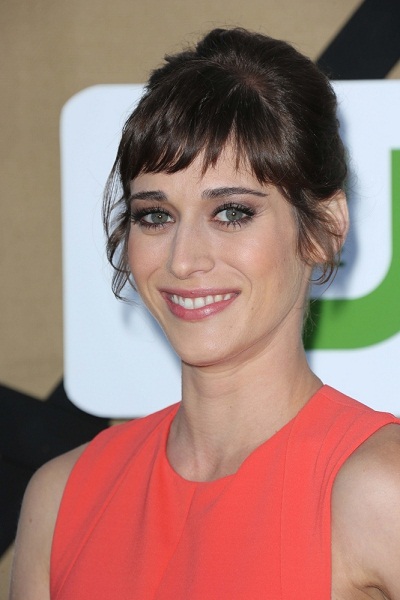 Caplan in 2013, photo by PrPhoptos.com

Lizzy Caplan is an American actress and model.

She was born to a Jewish family, from Latvia, Austria, Lithuania, and Russia. She was raised in Reform Judaism, and said in 2005:

I had a bat mitzvah, was confirmed, went to Jewish summer camp… [Nowadays] I go to temple for the High Holy Days. I think, like most people in their early 20s, I kind of strayed away from it. I think once I have a family I’ll be back into it… I love being a Jew but I’m not Super Jew. I’m more about the traditional aspects of it rather than the religious at this point but I plan on raising my kids Jewish.

Lizzy’s great-uncle, her grandfather’s brother, is publicist Howard Bragman. Lizzy is married to English actor and producer Tom Riley, with whom she has a son.

Lizzy’s paternal grandmother was Janet/Jeanette Glick (the daughter of Nathan Glick and Anna Schaefer/Schaffer). Janet was born in Illinois. Nathan and Anna were Jewish immigrants from Vilna, Lithuania.

Lizzy’s maternal grandfather was Benjamin Bragman (the son of Louis Bragman and Anna Miller). Benjamin was born in Michigan. Louis and Anna were Russian Jewish immigrants. Louis was the son of Michael Bragman and Bessie. Anna was the daughter of William Miller and Bessie.