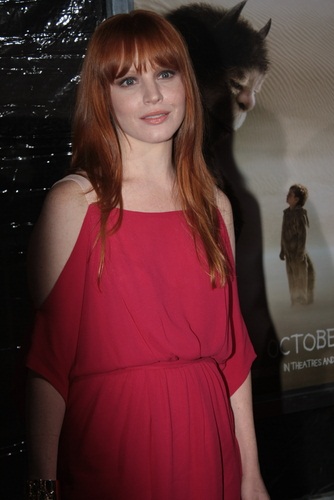 Lauren Ambrose is an American actress and singer. She is known for her role in the series Six Feet Under and the films Can’t Hardly Wait, Psycho Beach Party, and Cold Souls. She is lead singer of ragtime band Lauren Ambrose and the Leisure Class.

Lauren is married to photographer Sam Handel, with whom she has two children.

Lauren’s maternal grandfather was Kenneth Caldwell Wachtel. (the son of Frank Henry Wachtel and Minnie Hibbert Wheatley). Kenneth was born in New York. Frank was the son of German parents, Frank Wachtel, who was born in Gieboldehausen, Hanover, and of Henrietta Ernestine Josephine Hess, who was born in Braunefels, Kreis Wetzlar. Minnie was born in Manchester, England, the daughter of Harry Wheatley and Mary Emma Hibbert.

Genealogy of Lauren Ambrose (focusing on her mother’s side) – http://worldconnect.rootsweb.ancestry.com