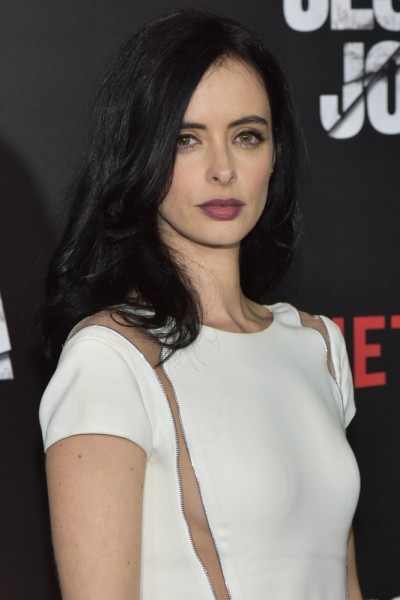 Ritter in 2015, photo by Prphotos.com

Krysten Ritter is an American actress, director, musician, author, and model. Her roles include the series Breaking Bad, Don’t Trust the B—- in Apartment 23, and Jessica Jones, and the films Confessions of a Shopaholic, Big Eyes, and Nightbooks, among many other works.

She is the daughter of Kathi and Gary Ritter. She was raised in Shickshinny, Pennsylvania. Krysten has a son with her former partner, musician Adam Granduciel.

Her surname is German.

Krysten’s maternal grandfather was Grover James Howard Payne (the son of William Hamilton Payne and Ollie Beatrice Carroll). Grover was born in West Virginia. William was the son of George Waldon Payne and Estelle Martisha Day. Ollie was the daughter of James A. Carroll/Carrell and Martha Washington Pippin.

Krysten’s maternal grandmother was Betty Lou Hill (the daughter of William Moody Hill and Mattie Mae Bailey). Betty was born in West Virginia. Mattie was the daughter of John Wallace Bailey and Vada Gearles or McKinney.

Obituary, and genealogy, of Krysten’s paternal grandfather, Harry L. Ritter (focusing on his father’s side) – https://www.findagrave.com

Genealogy of Krysten’s maternal grandmother, Betty Lou (Hill) Payne (focusing on her own mother’s side) – http://www.findagrave.com