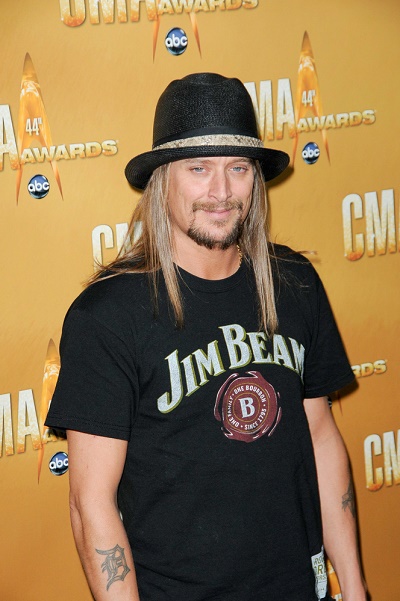 He is the son of Susan Elizabeth (Brabbs) and William Ryan “Bill” Ritchie. His sister is actress Jill Ritchie. Kid Rock has one son.

Kid Rock’s maternal grandfather was James R. Brabbs (the son of Hardy Brabbs and Cora A. Flipse). James was born in Michigan. Hardy was the son of John Brabbs and Mary J. Cora was the daughter of Jacobus Flipse and Joanna VanBrussel.

Genealogies of Kid Rock (focusing on his father’s side) – http://gw.geneanet.org
http://wc.rootsweb.ancestry.com