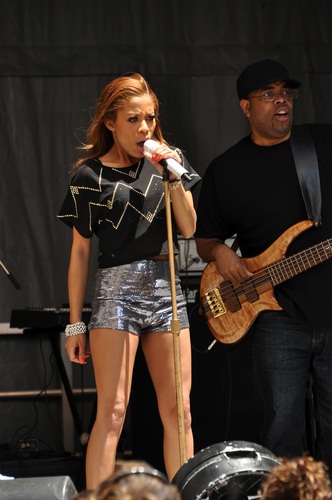 Keshia Chanté is a Canadian singer, television personality, actress, songwriter, and philanthropist. She is a Juno Award winner, and seven-time nominee.

Keshia is the daughter of Teresa Agnelo and Roger Harper. She was born in Ottawa and raised in Toronto, also spending summers in Hinesville, Georgia, U.S., with her grandparents.

Keshia has cited Tupac Shakur as her idol, and Beyoncé, Aaliyah, and Christina Aguilera as her early childhood musical influences.