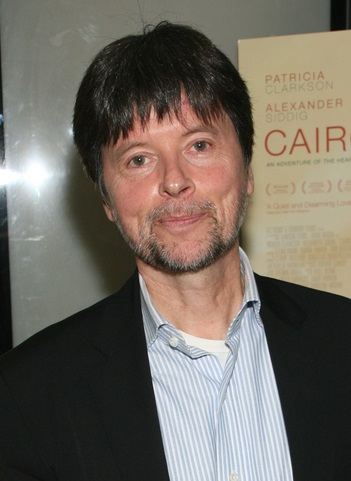 Ken Burns is an American filmmaker. He is known for his style of using archival footage and photographs in documentary films. Among his works are The Civil War, Baseball, Jazz, The National Parks: America’s Best Idea, and The Roosevelts.

He is the son of Lyla Smith (Tupper), a biotechnician, and Robert Kyle Burns, Jr. His father was born in Hamilton County, Ohio. His mother was born in Clarksburg, Harrison, West Virginia. His brother is documentary filmmaker and writer Ric Burns. His ancestry includes deep Colonial American roots. He was raised partly in Saint-Véran, France, Newark, Delaware, and Ann Arbor, Michigan.

Ken is married to Julie Brown. He has two children, including author, public speaker, and filmmaker Sarah Burns, with his former wife Amy Stechler; and two children with Julie. Julie is the founder of non-profit Room to Grow, aiding soon-to-be parents living in poverty.

Ken’s paternal grandfather was Robert Kyle Burns (the son of William McLauren/McLaurin Burns and Sarah E. “Sallie” White). Robert was born in Hillsboro, Pocahontas, West Virginia, and was a prominent biologist. William was the son of Abraham W. Burns and Margaret J.

Ken’s paternal grandmother was Emily Lucille Moore (the daughter of George B. Moore and Nellie Lee Crook). Emily was born in Maryland. George was the son of George Moore and Harriet Reiman/Rayman. Nellie was the daughter of James Latourette Crook and Emily Virginia Forsythe.

Ken appeared on a 2014 episode of the show Finding Your Roots with Henry Louis Gates, Jr. In his 2016 book about the show, Finding Your Roots, Season 2: The Official Companion to the PBS Series, Gates wrote that one DNA test stated that Ken is of 100% European descent (including 26% Irish, 10% British, and 6% Iberian), while another DNA test stated that Ken’s genetic ancestry is approximately 99.6% European, 0.4% Sub-Saharan African, and 0.1% Native American.