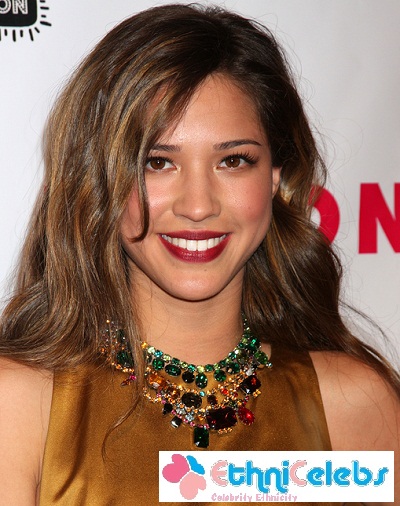 Chow in 2012, image via Joe Seer/Bigstock.com

Kelsey Chow, also credited as Kelsey Asbille, is an American actress. Her father was born in Taiwan, and was raised in Africa. Her mother is American. Kelsey has played several Native American roles.

Kelsey’s mother has been described as having Eastern Band Cherokee Native American ancestry. It is not clear if this Cherokee ancestry has been verified/documented.

The Eastern Band of Cherokee Indians nation has issued a statement reading:

Kelsey’s maternal grandfather was LeRoy Brunson Asbill (the son of Perry H. Asbill/Asbell and Mattie Ora Lee Forrest/Forest). LeRoy was born in South Carolina. Perry was the son of Andrew Denton/Denson Asbill and Lula A. Shealy. Mattie was the daughter of William/Wiliam Thomas Forrest/Forest and Lucinda Tiemosey Elizabeth Turner.

Genealogy of Kelsey’s maternal grandmother, Annie Lois Lybrand (focusing on her own father’s side) – http://worldconnect.rootsweb.ancestry.com